Who is she? What did she look like? Where was she from? With the aid of scientists, doctors, and scholars you can learn the answers to these questions and more in the "Mystery of the Mummy" exhibit.

Mystery of the Mummy highlights 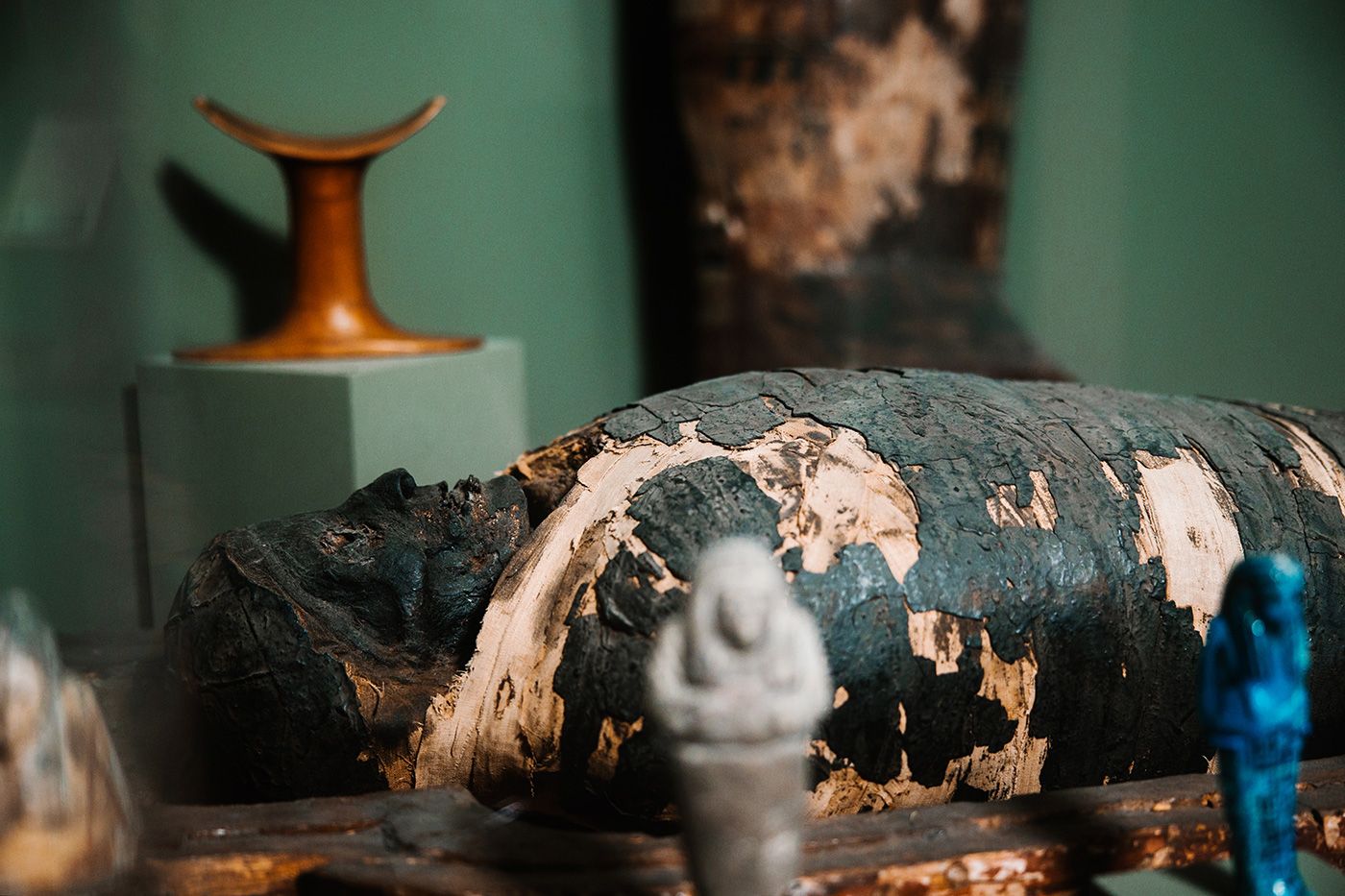 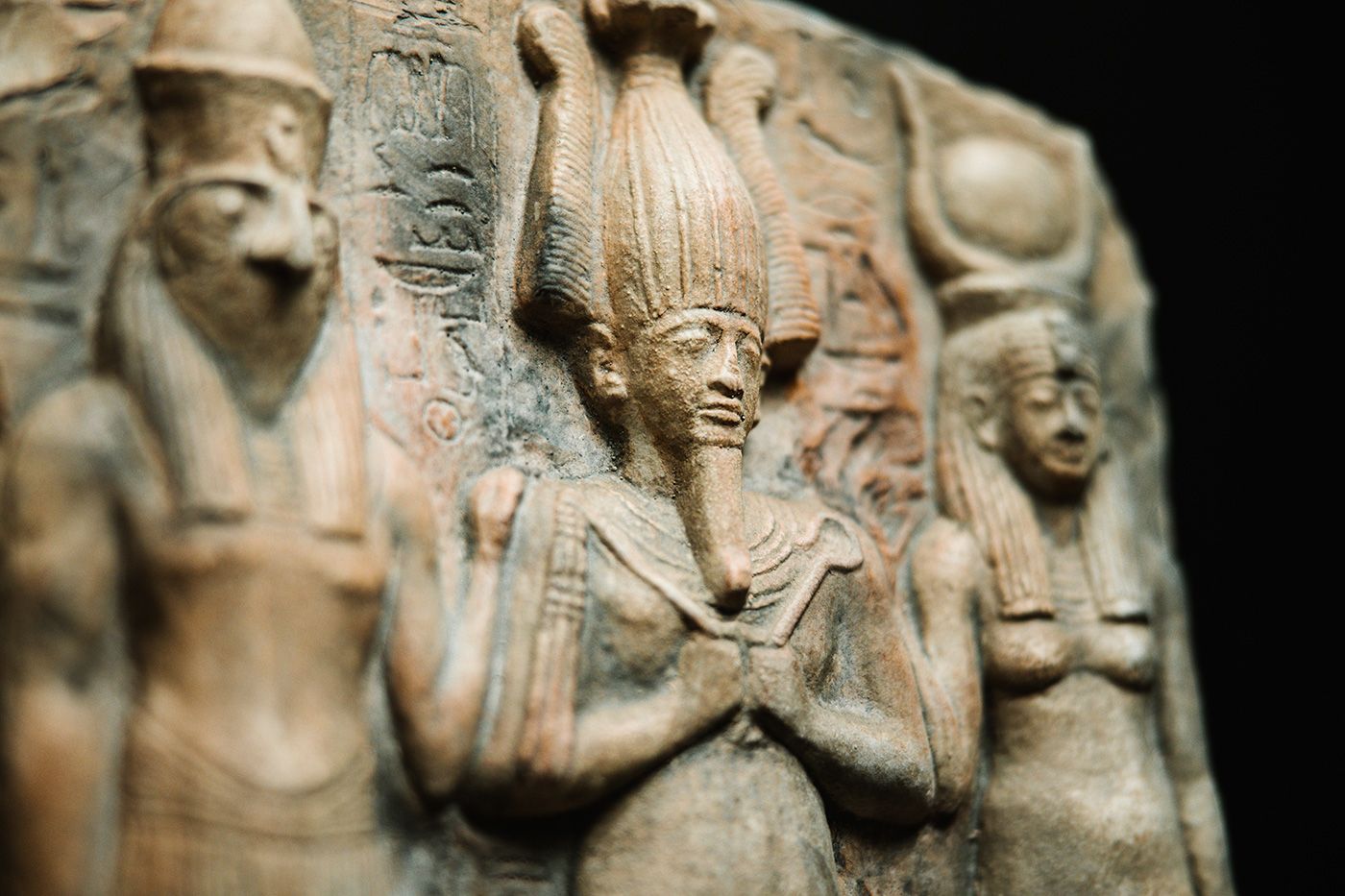 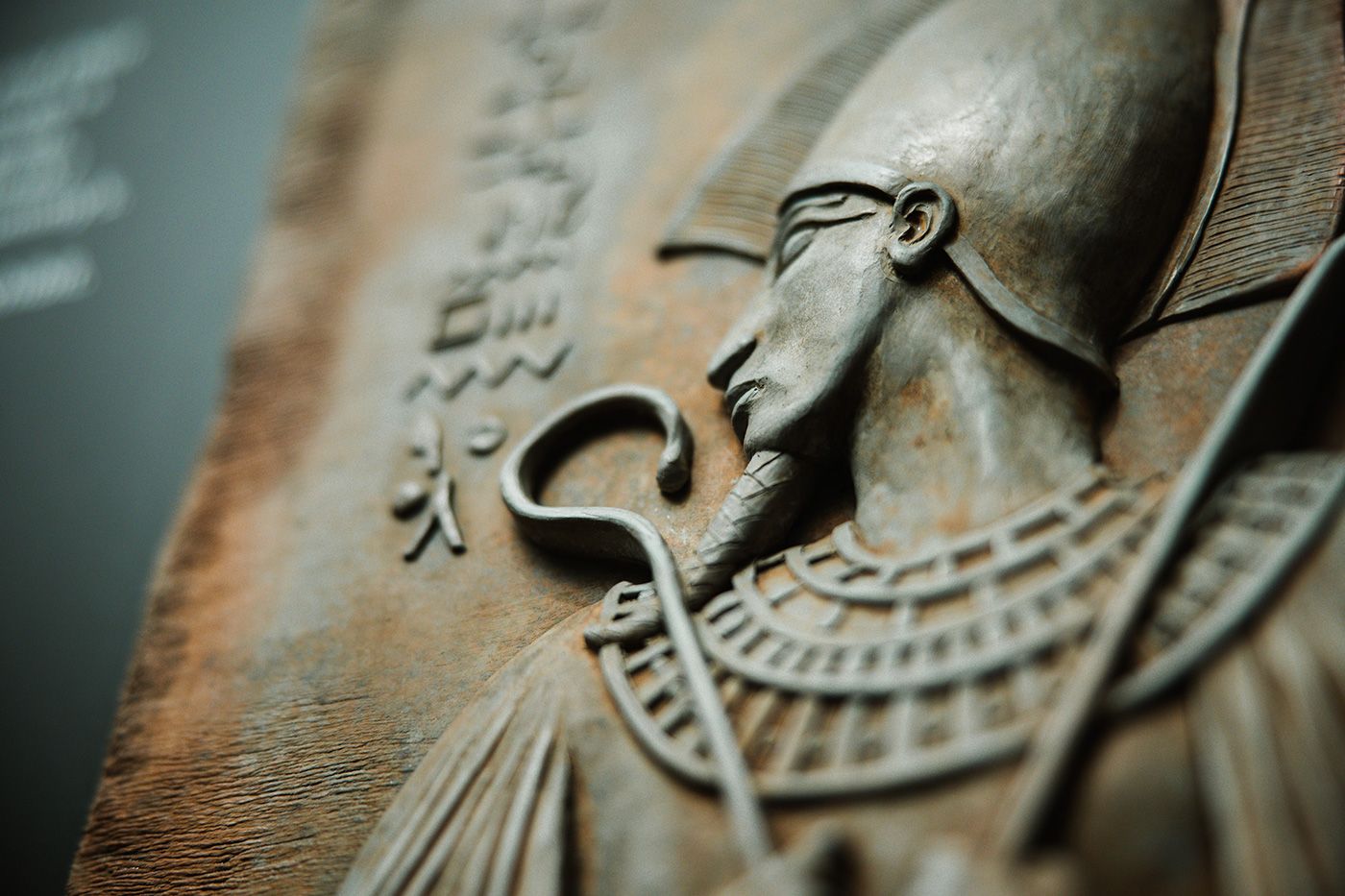 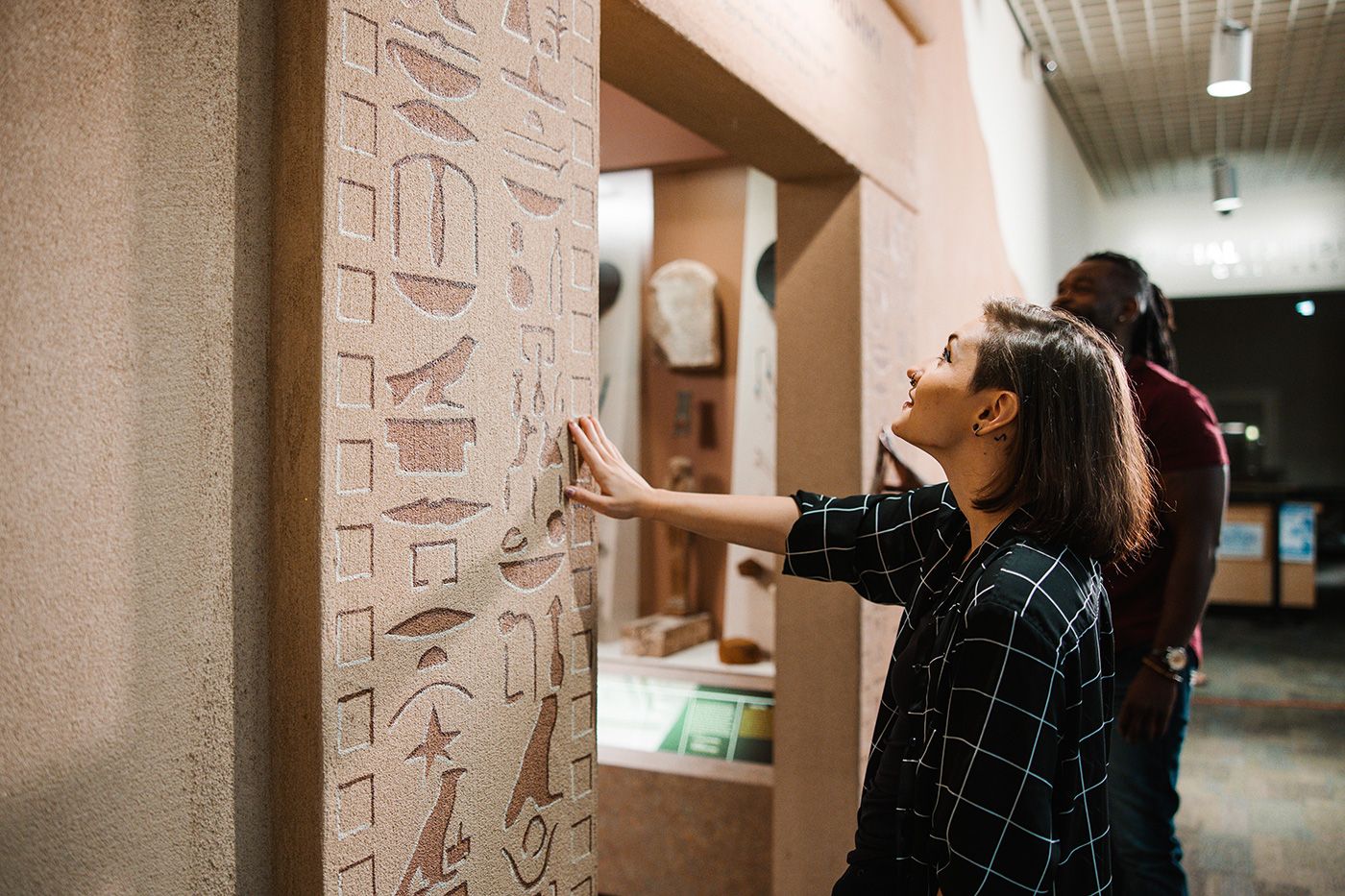 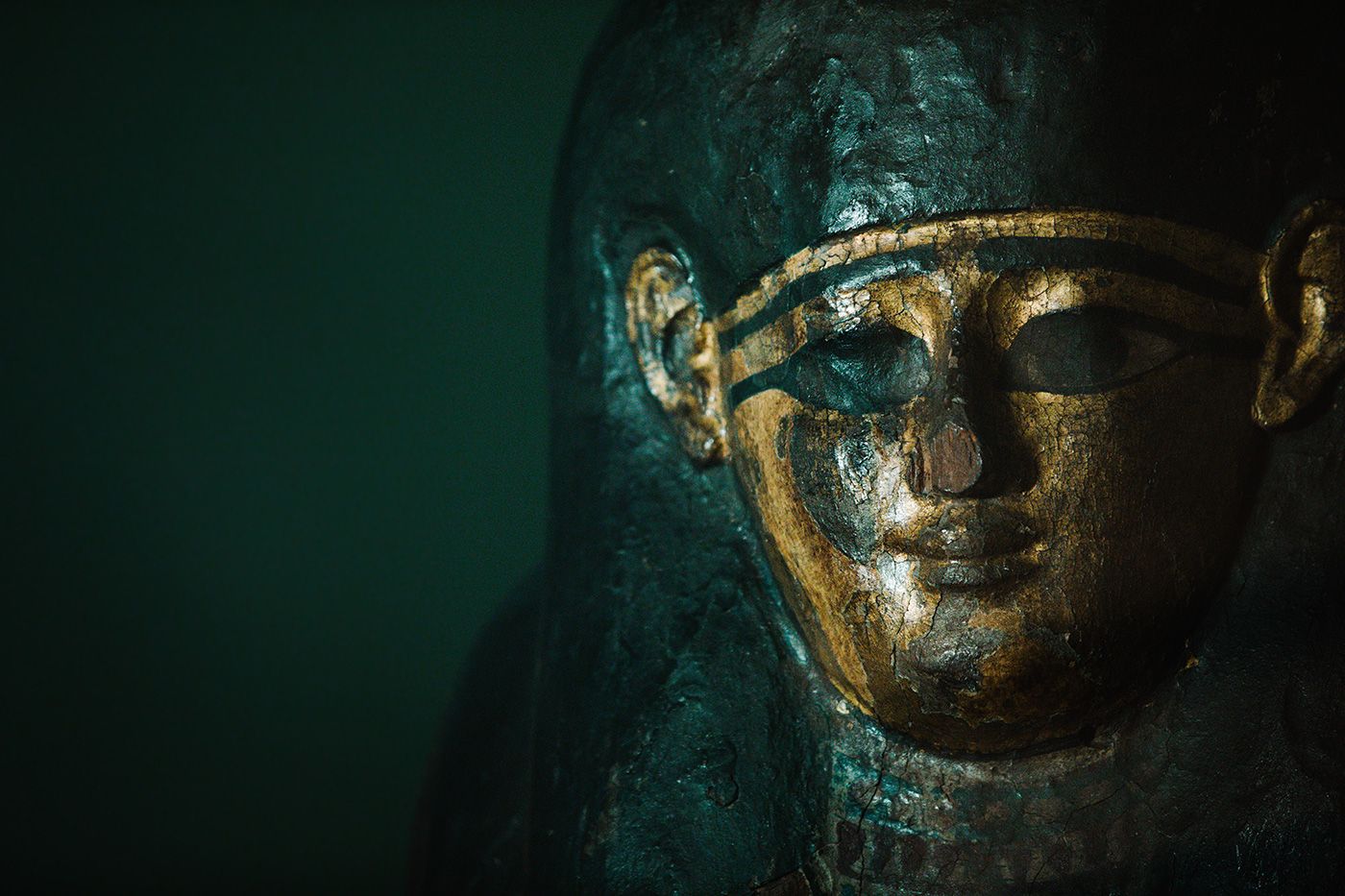 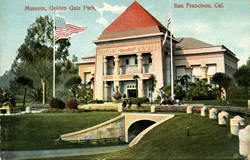 How did the Mummy get to Kalamazoo?

The mummy was brought to San Francisco in 1895 as part of an Egyptian exhibit for the California Mid-Winter Exposition. At the close of the exhibition, the mummy was sold to a private collector who then loaned it to the Golden Gate Park Museum. It remained there until 1910, when Kalamazoo businessman Donald O. Boudeman purchased the mummy from the owner. Boudeman brought it back to Kalamazoo and kept it in his home on South Street until he donated it to the Kalamazoo Museum in 1928.

It instantly became a featured exhibit, and when the Museum moved to a new building in 1959, a reconstructed Egyptian tomb was built to house the mummy and her coffin. The mummy moved once again to its present home in 1996 and is on permanent display in the Mystery of the Mummy exhibit.

Donald Boudeman was curious about who the mummy was. Sometime before he donated it to the Museum, he asked a Kalamazoo surgeon to unwrap the mummy’s head and do complete X-rays. At that time, all it revealed was that it was an adult female. She was X-rayed again in 1948, and in 1988 she was both X-rayed and CT-scanned. By 1988 the curatorial staff hoped the new X-rays and CT scans would uncover more of her mystery:  Who is she? Where did she come from? How old is she? Was she really a princess, as was rumored for so long? What did we learn? 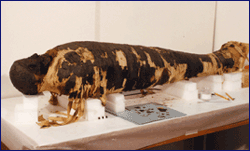 The first step in our process of finding out more about the mummy was to have a piece of her linen wrappings tested using Carbon-14 dating technology. How does this process work? Once a plant or animal dies the Carbon in its cells is no longer being regenerated, and the Carbon-14 starts to decay. By measuring the amount of Carbon-14 in the body of an ancient or prehistoric animal or plant, a scientist can deduce when the plant or animal died.

The test revealed that the Museum’s mummy died sometime between 360-290 B.C.E. In other words, the mummy is approximately 2360 to 2290 years old. Based on those dates, this mummy lived during the Ptolemaic period in Egypt – a period that had considerable Greek influence on its arts and design. 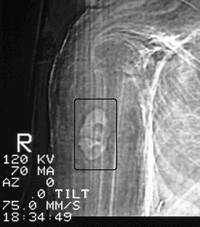 CT-scans and new X-rays helped us look inside the mummy without unwrapping her. The X-rays revealed the arms were crossed over the chest, scarab amulets were placed along the upper arms and legs. She had arthritis in the joints as well as dental problems, and she was female based on the shape of her pelvis. The X-rays also showed a large nasal cavity, leading to the conclusion that the brain was extracted through the nasal passage during mummification. Cross-sections of the body, which were produced with CT-scans, revealed natron embalming fluid in the cranium and small visceral packs, or mummified organs, in the mummy’s lower abdomen (pictured below).

Many of the mummification techniques revealed through these tests were common during the Ptolemaic period and helped us further confirm her age that had been estimated from the Carbon-14 dating test.

Probably the most serious medical problem she suffered in life was bad teeth. The X-rays revealed that many of her teeth had been sheared off or completely eroded, and she suffered from severe abscesses. Her remaining teeth are loose and ground down, exposing the nerves. Because of the bad condition of her teeth, eating may have been difficult and painful for her. A lack of nutrition certainly could have contributed to her death. But why were her teeth so bad? An Egyptologist working with the Museum speculated that it had to do with the Egyptians’ environment. Living in a desert meant it would have been difficult to keep sand and tiny stones out of the grains they processed into flour. Consequently, sand was in their food, and this probably caused her teeth to be badly worn. 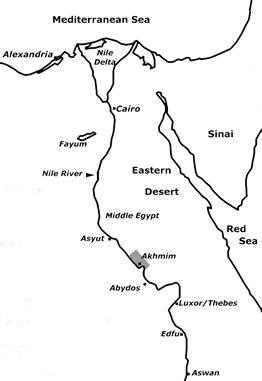 Who was she and where did she come from?

According to the Egyptologist, the mummy and its coffin were probably excavated around 1884 in a large burial site at Akhmim. In ancient times Akhmim was located in Upper Egypt on the east bank of the Nile River.

The Egyptologist also interpreted the image of a serpent adorning the sides of her coffin. Serpents represent goddesses who were guardian deities, protecting the deceased from enemies. While this image is often associated with kings, by the Ptolemaic period serpents were often found on non-royal coffins. This told us that in all likelihood our mummy was not a princess as legend had it, but rather a woman from a well-to-do family.

The Egyptologist’s most revealing find was that the name of the mummified woman had been either scraped away or purposely left off the coffin. The lid of the coffin stands behind the mummy in the Museum’s exhibit gallery. Visitors can see a distinct area of wear at the center of the chest area and the top of the foot area. These would have been the most likely places for her name. Was it removed by her family or priests, perhaps because she had disgraced the family, or did someone in the recent past remove it to cover up her identity? One theory is that the first owners of the mummy in the late 1800s removed her name so they could claim she was a princess and make her more desirable to another buyer. But this is one mystery of the mummy that will probably never be solved! 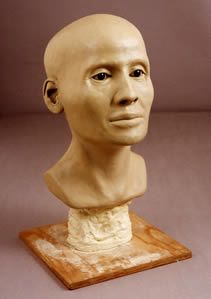 Using the CT-scans of the mummy’s head, a forensic artist recreated the facial features and sculpted a likeness of the woman who lived 2,300 years ago. Three models from the forensic reconstruction process are on display in the exhibit, and the process is detailed in a video presentation.

After all the new information was discovered and her face was revealed, it was time to spruce her up. After almost 70 years of being on exhibit, the coffin and the mummy’s outer layers of wrapping needed to be cleaned and stabilized. A conservator, specially trained in the preservation of artifacts, carefully cleaned off accumulated dust, straightened the linen wrappings, and reattached some facial bones that had come loose. Special supports were then made and placed under her head and feet. She was now ready to return to her exhibit home and reveal the Mysteries of the Mummy.

The Mystery of the Mummy 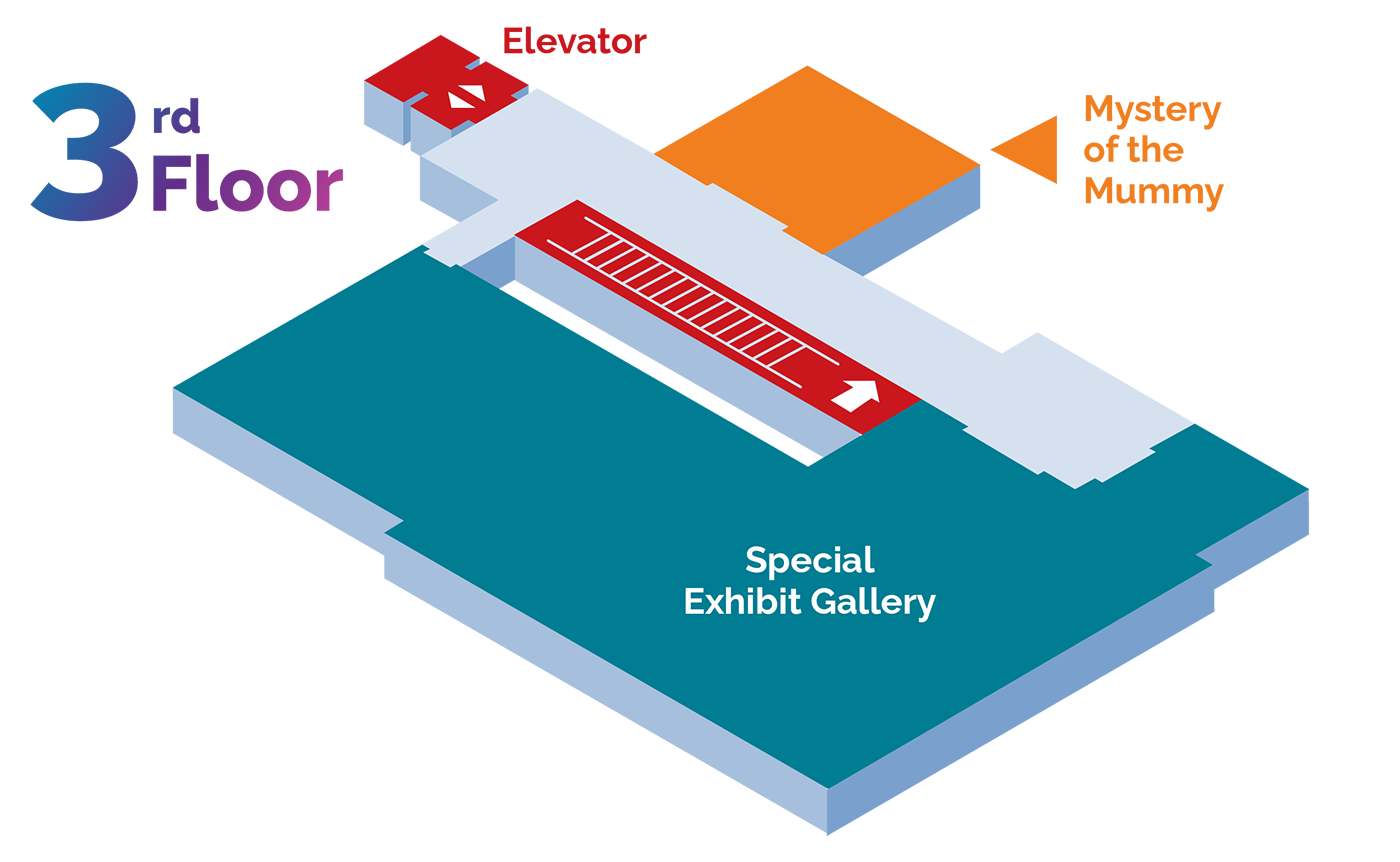 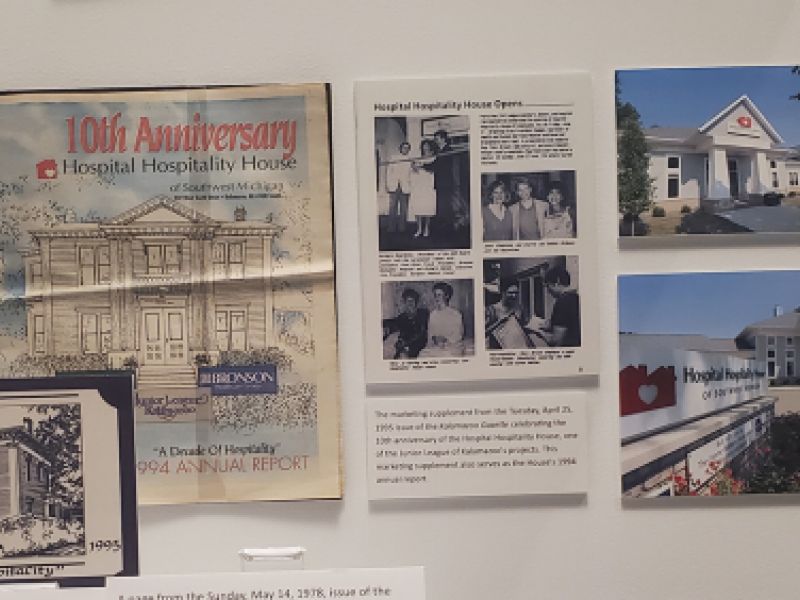 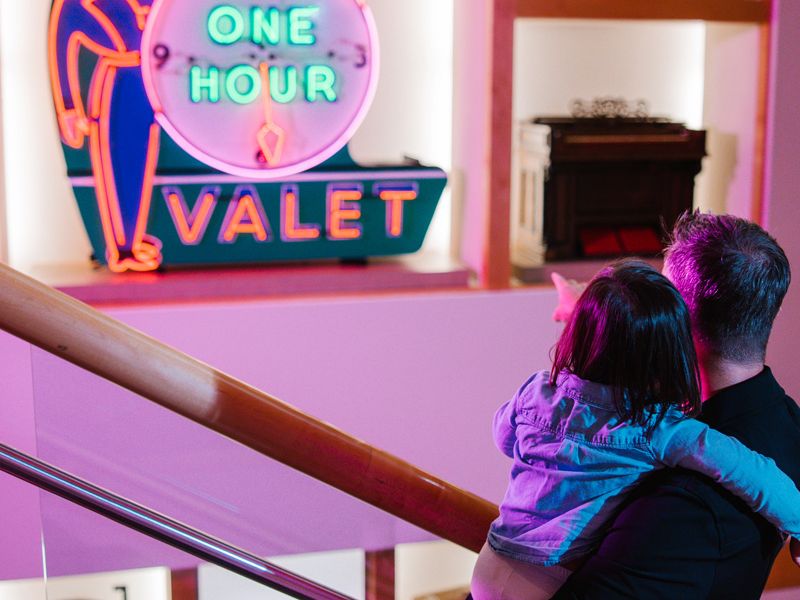 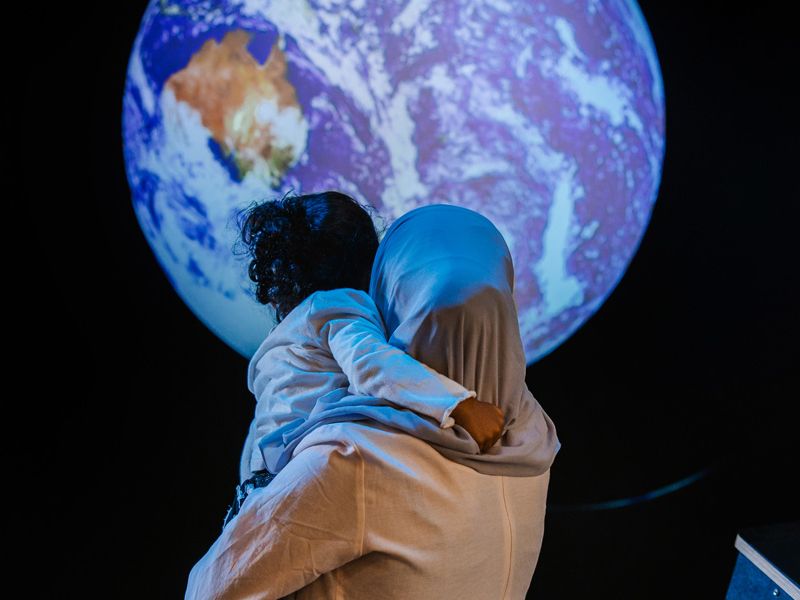 Science on a Sphere